Disclaimer: The information provided is based on our Manual Research. Although the results are not from Uber itself, the results are quite near to the original ones. For more accurate results, contact Uber on its official website. The Research also available in Uber Data Center.

Uber not only allows passengers to rate the driver based on their experience but drivers rate passengers too. This two-way rating system is what differentiates Uber from cabs, along with economic rides and being able to pay through your credit card.

Although the passengers do not get banned from riding Uber because of a low rating(however if your rating hits a certain down limit, Uber may contact you telling you to raise your score), more drivers are likely to skip your ride request, because nobody would want to ruin his day riding a passenger with a 3.3 rating.

In today’s article, we look at the ways you can improve your rating. But in case you don’t know, here’s how you find Uber Passenger Rating.

How to find the Uber Passenger Rating?

In the older versions of the app, you had to go to the Menu>Help>Account Section, which required multiple taps. But this is resolved in the newer versions: All you have to do is open the app and touch the menu on the top left corner, the number displayed below your name is your Passenger Rating.

Note: This rating won’t tell you which driver rated you what, but if you know your rating like 4.7 and after the next ride, you see a sudden drop like 4.3 (or going from 4.2 to 4.5), you can do the simple math to know what your last driver rated you.

How to get a 5-star Passenger Rating?

So you just checked your Passenger rating and it’s terrible, you panicked and googled right away about what you should do to improve your rating and found this article. We are telling you to RELAX! There is no need to fret, getting a few 5-star ratings will boost your average Passenger Rating.

All you have to do is follow this guide and you will see a jump in your rating in no time.

Note: To make this guide as accurate as possible, we conducted research and the highlighted parts below are reviews from some of the drivers we interviewed.

Everyone knows “Time is money”

Every second of wait feels like a year, and making your driver wait is one of the worst things you can do to annoy him. Try to reach at the pickup location even before the driver arrives. However, if you are running late for an emergency of some kind, send a message or call to let them know you’re on the way. This shows them that you care about their time.

Remember, every driver starts his rating from 5-star. The very first thing that can cause this to fall to 4-star is making the driver wait. If you are late, the common courtesy is to contact your driver and let them know what’s going on.

The passenger knows where the driver is and when he’ll be arriving, gets alert after regular time intervals and still when we arrive and they’re not at the pickup location, it’s the perfect way to antagonize us.

If it took driver 10 minutes to get to you and you make him wait another 5 minutes or so (the free waiting period), he hasn’t made a single penny in those 15 minutes. Doing this isn’t likely to bode well for your rating.

Drivers are people too and they understand that emergencies come up. Call them to tell what’s late, even better, tell them to start the ride once they reach the pickup location. It doesn’t cost you much but it means us, a lot.

If people want something more than money, that’s respect.

Drivers don’t like to feel like your subordinates or employees. Therefore, treat them well. If you are rude to them, it’s the perfect way to ruin your score.

Greeting warmly when entering and saying thank you while leaving, using please to ask anything from him and not acting like you own the car, can get you to 5-stars even if you were late.

Almost all of my rides get 5 stars. But is a passenger is rude to me, he immediately gets 4 stars. There was one passenger who was rude, like really… really rude, I gave him 1 star, I’d given him even low if it were possible.

Every one of my rides starts as a 5-star rating. I will deduct points for illegal activities, rude behavior, taking too much of my time or making a mess in my car.

How else can you lose points as a rider? By not following the rules. So what are the rules? They are pretty common:

Some of my lowest-rated drivers were my drunkest ones, but not because they were drunk, because “They acted drunk!”. Uber is perfect when you are drunk and can’t drive, just talk as less as you can and don’t be rude.

You know what causes a “zero star” from me? Talking aloud on the phone, spilling food and drinks while eating, leaving trash behind, rolling the windows down and cat-calling strangers, singing loudly with your crew, and the worst of all, being drunk and acting terribly rude.

Most of the Uber drivers don’t make much after factoring in the waiting times, fuel and taxes. So adding a tip or giving even a buck or two hand-to-hand will most likely mean a high rating from him.

Tipping isn’t required, but it will surely boost your rating. Will you really miss it?

Your Uber driver might be struggling financially and trying to make a full-time income with it. So, if you tip him even a few dollars, it’ll mean a lot to them, which eventually will earn you a better rating — especially if something went wrong during the ride.

I have a friend who is an Uber driver, like me. He and I have a rule “Five for Five”: if the riders add a $5 tip, we’ll give them a 5-star rating. While this might not be true with all the drivers, but a $5 tip is sure not going to hit your rating.

Did we miss any that you think is worth mentioning? Comment below to let us know… 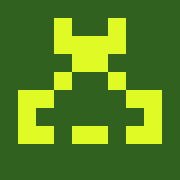 Off-Page SEO: The Ultimate Guide to Branding your Site